The Grampians are approximately 3 hours North West of Melbourne and came highly recommended from a mates father- Mark Berry. This area is popular amongst Melbournites as it is within short driving distance and has plenty to see and do. There was no shortage of the weekend warriors when we arrived on Sunday morning, mid way through Victorias Labour Day long weekend. As we drive into Halls Gap, the so called ‘Heart of the Grampians’ the township is PACKED with people and vehicles, you could hardly get a park on the main street.  There were plenty of caravan parks, bed & breakfasts, cabins, motels etc throughout Halls Gaps and they all looked full. We started to re-think our timing of coming to this popular spot on such a busy weekend especially as we were planning on staying at a free campsite in town that you cannot reserve a spot.

The Plantation as it is known is a free camp , 10km out of Halls Gap along a dirt road. We are travelling without the caravan now so the Troopy doesn’t mind flying down the corrugated dirt tracks (any 2WD car can make it but the key is to find the right speed to travel over the corrugations as to not shake your car to pieces. I find full speed works best ;)). Once we get to the camp site we are glad to find that there are plenty of spots left and slightly confused as to why there were so many people crammed into the expensive caravan parks only minutes away.  With numerous drop toilets and open aired corrugated iron show blocks, The Plantation is so far one of the best setup free camps we have been to. The layout is a well thought-out where it caters to every style of camper with regards to space & levelness.You could find a more private corner or setup next to a large group of campers around one of the many fire pits; whatever your style. My favourite part of the layout was the central grassed area where you cannot camp and was for everyone to play; we witnessed two families battle it out in a cricket match, people kicking a footy and even some morning yoga. 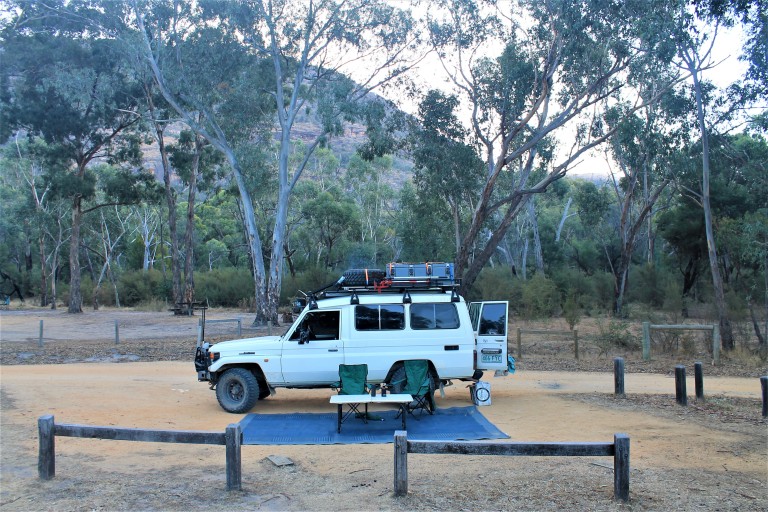 After we did a drive through to check out the campsite and realised we wouldn’t have any issues with finding a spot we set off to spend Sunday afternoon chasing some live music, first at a local winery called the Fallen Giants Vinyard and then finished up at the Halls Gap Hotel. 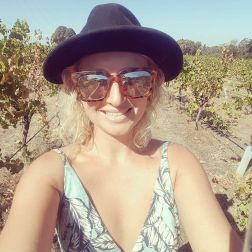 Once we finished our afternoon relaxing we headed back to the plantation and setup our camp chairs and table and were quickly invited to join a group around a fire. Here we gained plenty of local knowledge from a bloke named Whinney. Our new friend showed us all the spots that were off the main tourist map, some 4WD back tracks and a couple of other pointers about what we shouldn’t miss in the region.

Monday morning we head off to do the main attractions along Mt Victory Rd. Along the one stretch you can see – from top to bottom Lake Wartook, McKenzie Falls, Reeds Lookout, The Balconies (Locally know as The Jaws of Death),and Boroka Lookout. These where the busy tourist spots and really didn’t take that long to see them all, one day is plenty as most of these spots are within a short walking distance where you can park your car. 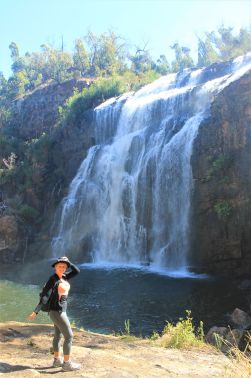 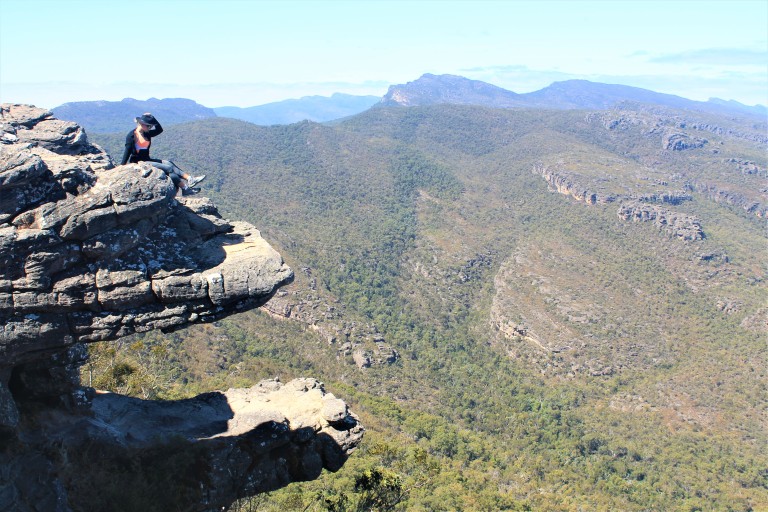 On our way home we drive on a 4WD track parallel to Mt Zero Rd, known as Mt Difficult track, it sits between the ridge line of Mt Difficult and Mt Zero Rd (you enter the track beside the cricket field). The main track is fairly straight forward with some of the side tracks being a bit more difficult. Holly takes the wheel for some 4WD practice and I crack a Beer. 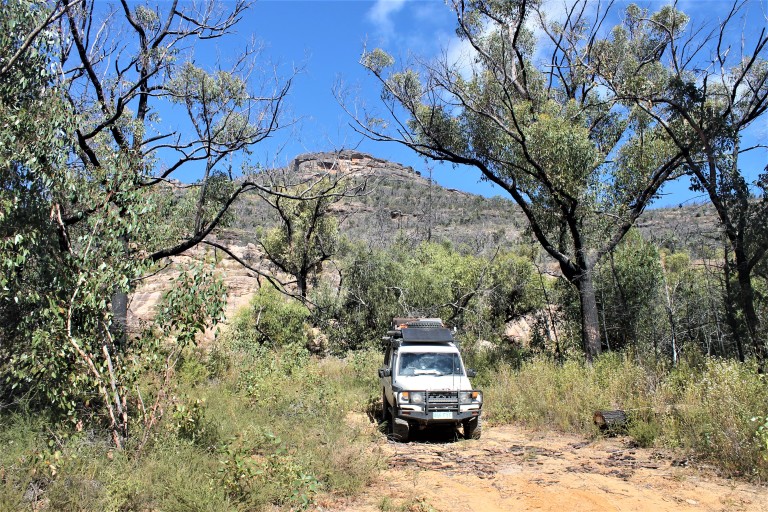 Tuesday we set off to check out Lake Bellfield, one of the lakes we spotted from the many lookouts the day before,  there are a number of lakes in the area that have a long history dating back to the original water source for Victoria. Our new mate Whinney told us about the dirt track that goes around the back of the lake to a beautiful spot where we have the lake to ourselves with a picturesque backdrop of the mountains in the distance. The dirt track is called Bellfield track and is off Grampians rd heading out of Halls Gap, the entrance is hard to see, we missed it the first time. 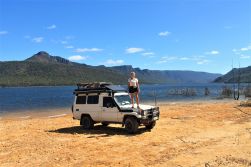 Next we head off to tackle a hike to the Pinnacles via the Wonderland carpark -Turns out The Pinnacles Lookout is a very common name and every second hike in Australia seems to be called that. This hike is supposed to take 2-3 hours return and is classified as Hard. Sometimes the signs for hikes are a bit generous however this one was not. Bit of a mission of a hike that gets harder as it goes on with parts of the track being nonexistent and poorly signed you kind of just do whatever you need to do to get to the top. Once we make it to the top (after a numerous profanities and stops to regain our breath) the sight is well worth the effort. 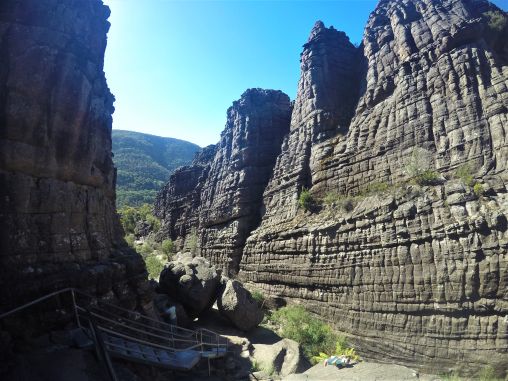 Tuesday was our last night in The Grampians; we have met a number of characters here and saw some stunning views. The Grampians is a great spot where you can see and do plenty from one location and not pay for a single activity and camp for free if you are on a budget. You can also go all out and stay in nice villas, eat out at restaurants, go on guided tours and even charter a scenic flight, you can see why it is popular with the people of Melbourne as the local council and businesses have done a great job in catering to everyone’s needs.

PS – We stayed here in March where the weather was beautiful but it would get pretty cold in the winter months, maybe even snow!

Next Stop:  Short Flight Back to Brisbane then off to TASMANIA